Growing up in Philadelphia, Janet Gyatso had a strong philosophical bent. From her earliest encounters with Buddhism, she was captivated, not just personally but intellectually, by its texts, languages and history, and inspired by a series of extraordinary teachers, from elders in a Mongolian monastery in New Jersey to her professors in U.C. Berkeley’s nascent Buddhist Studies programme in the late 1960s and 1970s. Today, as Hershey Professor of Buddhist Studies at Harvard Divinity School (HDS) and author of influential books and articles, she’s helping to redefine Buddhist Studies for a new generation, while deepening Buddhism’s engagement with contemporary society. With major funding from The Robert H. N. Ho Family Foundation, the Buddhist Ministry Initiative at HDS, an eight-year pilot programme, is just wrapping up its first full academic year. 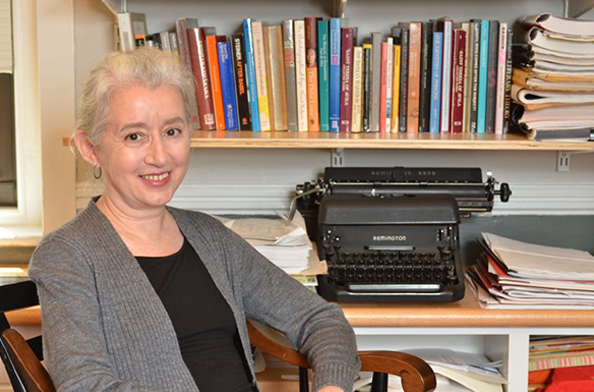 Using critical, historical methods, people who study religion have been able to understand, without romanticising or idealising or proselytising, the important contributions of religion to human life. For example, it’s interesting to study the way Buddhists understand how people become who they are and how they come to certain decisions; what the nature of human emotions are; where suffering and happiness comes from; and how literary and visual arts can help express those things in very special ways. It’s an extremely rich investigation.

My first teaching job was in an undergraduate programme in religious studies. Typically in religion departments, and in the way that I was trained in graduate school, anything related to ministry was out of bounds. But I never believed that any absolute distinction was possible. In 2001 I made an exciting leap in coming to work at Harvard Divinity School, where these two aspects are not entirely separate from each other in the study of religion across the board. As an academic, you can be critical but also sympathetic. You bring your own experience to whatever you’re studying. You can seek meaning—there’s no point in doing something if it doesn’t have meaning.

The Divinity School teaches religion in very broad and interdisciplinary ways, with a pluralistic approach. We teach Christianity, Buddhism, Hinduism, Islam, Hebrew Bible, African religions and others. It’s different from seminary—the Divinity School does not give ordinations. Instead it makes the whole notion of ministry a broader idea that’s not tied to a particular religion. What Harvard Divinity School does is educate “learned ministers”—ministers who have learning, who know the history of their religions and have ways of analysing and understanding them.

What do we mean by Buddhist ministry? What’s specific to Buddhism and what isn’t? Throughout history and in many different countries, Buddhist leaders and teachers, Buddhist monks and nuns have served as spiritual advisors and have helped in the life of their communities in very important ways. Our challenge has been to “translate,” to take all these resources in Buddhism—all these practices, all these scriptures, all these texts—and understand and appreciate them in ways that are relevant to contemporary issues. For example, my colleague Cheryl Giles and I taught a course together on approaches to Buddhist ministry in the world today, focusing on several outstanding leaders who are already engaged in this translation process as part of their ministry in contemporary America.

We believe that scholars and ministers can each learn from each other. Even if they’re studying the past, scholars will have a much richer understanding of what the Buddhist world looked like if they understanded the way it impacts real people’s lives in now. Similarly, the scholarly study of Buddhism can inform the way leaders and teachers in a Buddhist world are trying to use these ideas, recognising how change happens and what its implications are.

Before we started this programme at Harvard Divinity School, there weren’t many models for studying Buddhism from the perspective of ministerial work in a secular university. The Buddhism I was teaching was from an academic, historical perspective and did not directly address the practicalities of ministry, say, for chaplaincy or other kinds of socially engaged Buddhism. So we needed to develop new courses. Together with my Divinity School colleagues and students, we began probing the idea of creating a Buddhist track within the larger ministry programme already in existence at HDS.

That’s where The Robert H.N. Ho Family Foundation came in. The Foundation shares our vision of exploring Buddhism’s relevance in the context of contemporary life. We needed funding to support the different activities we envisioned as part of this new Buddhist Ministry Initiative—everything from developing a new academic curriculum and creating opportunities for field work to bringing Buddhist academics into ongoing dialogue with members of Buddhist communities, both in Asia and the U.S. Thanks to new resources provided by The Robert H.N. Ho Family Foundation, in our first year, two of our students traveled to Asian Buddhist communities, and next year the scholar’s grant programme will bring people from Asia to study at HDS. We also have been expanding our field education component—“action practice”—enabling our students to work in hospitals and prisons and at other sites. This kind of direct engagement is crucial to learning. Every interaction increases both sides’ awareness of what’s at stake and what the issues are.

In addition to exploring approaches to Buddhist ministry, we’re planning an international conference in 2015. The conference will bring together a larger group of people to foster greater self-consciousness within the Buddhist world of Buddhism’s contemporary impact and the value of studying Buddhism so that it becomes a resource for addressing issues in the modern world. This new phase in the history of Buddhism is already underway, but the question remains of how to make it happen in the best possible way. As a research university we are uniquely positioned to facilitate that kind of discussion and bring critical thinking to it. 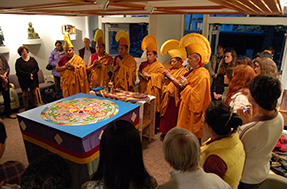 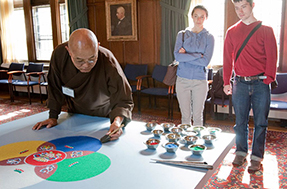 A Playwright’s Autumn in Literary Company

Living Buddhism as the Starting Point