Out of Character: Decoding Chinese Calligraphy

Deborah Clearwaters fell in love with Asian art as an undergraduate, earning a double major in art history as well as Japanese language and literature. After earning her masters degree in Japanese art history she worked various positions, eventually landing in 1998 at the Asian Art Museum, first as education coordinator and gradually working her way up to her current position. She and her staff develop educational materials and interactive programs for exhibits on Asian art and culture, including programming for the exhibit Out of Character: Decoding Chinese Calligraphy, which had major funding from The Robert H. N. Ho Family Foundation. On display from October 5, 2012 to January 13, 2013, the exhibit was an innovative presentation of an extraordinary collection of Chinese calligraphy and also featured the award-winning Chinese artist Xu Bing’s animated film “The Character of Characters”, which was commissioned by the Foundation specifically for this show. 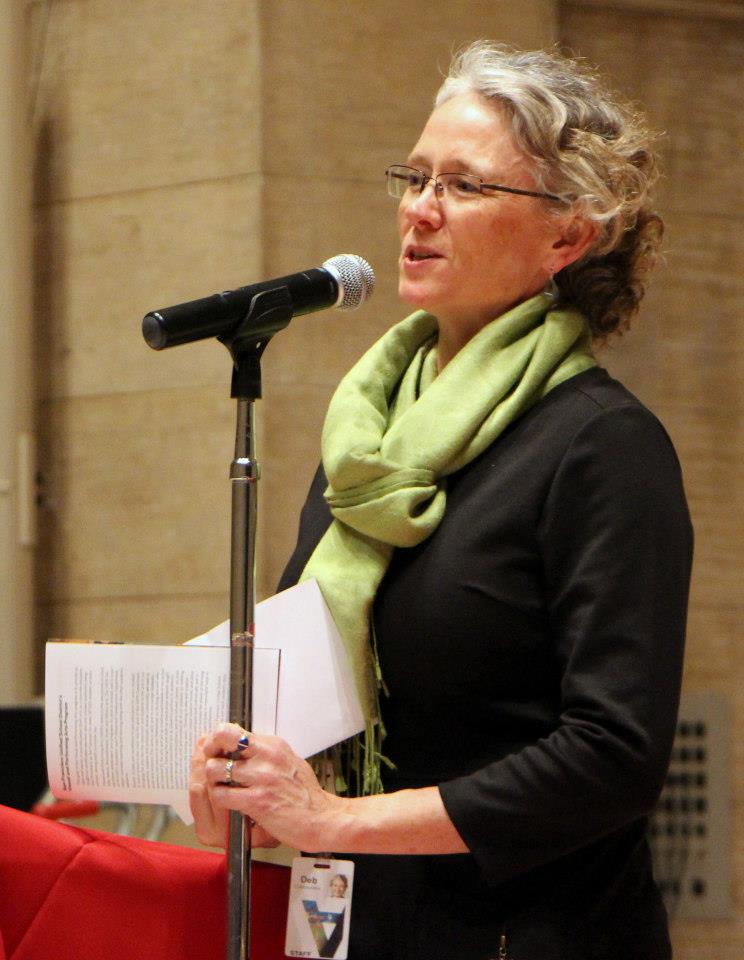 Miss Deborah Clearwaters. Director of Education and Interpretation at the Asian Art Museum in San Francisco. Courtesy of Ruth Asawa School of the Arts.

It is the curator who develops the themes and the stories of an exhibit. The object list really drives that too. There was so much breadth in the exhibition, Out of Character, which was curated by Michael Knight, the museum’s senior curator in Chinese art at the time. You couldn’t say everything there is to say about each of those works because you don’t want to overwhelm visitors. Calligraphy has a whole pedigree of people behind it, not just the calligraphers but who their teachers were, their school, their circle of people. Then there’s the content of their writing, the author, and what it means when the calligrapher chose to rewrite a famous poem in a particular time period.

We wanted to address issues like that so we looked for opportunities to enlighten people and share aspects of the art that people may want to explore regardless of whether they could read Chinese characters. The first gallery you walk into, the Lee Gallery, introduced audiences to just the basics. On the wall we projected a video of a master calligrapher writing the different scripts: standard, semi-cursive, cursive, and seal. The goal was to get people to at least recognize, OK, I’m seeing the same thing written in different ways. Then they can compare styles by seeing the calligrapher write the same word in cursive script versus seal script, which is slow and precise.

The video shows the calligrapher’s control: When he’s writing fast, he really knows where he’s going. You could see all the planning, preparation and the training that goes into it. The video also reveals how hard it is to write calligraphy well and why it is such an art form.

Next to the video we had an iPad so that people could try their hand at writing the same word in all the different script styles.

And for a few literary works in our audio tour, we actually had the poems read in Chinese so you could follow along and hear how Chinese poetry is kind of sung. We wanted it to be a multisensory experience, not just a feast for the eyes but also to tap into the literature and the oral quality of Chinese poetry being read aloud. Visitors could also choose to hear an English translation.

Starting with Out of Character, we began doing a lot more video in our galleries and experimenting with digital media, such as having iPads in the gallery kiosks. The exhibit raised the bar for our special exhibitions. Now interactive elements are more and more part of our process. In fact, last year my title changed from director of education to director of education and interpretation. I define interpretation as the process of making the stories, the curatorial content and the art information accessible and come to life for a wide variety of visitors. It’s not just myself but other people are thinking about it too, including the exhibit designer and the curators.

This exhibit was a real success story. More than 4,000 people participated in 11 different educational and public programs, including a symposium, gallery talks, interactive programming, and tours for nearly 850 students (kindergarten through high school). Also, more than 2,000 adult visitors took part in the calligraphy tours led by docents twice a day.

We wanted to push ourselves and try some new things and we felt like the topic was challenging and not so easy for most people to fully appreciate. So we wanted to take some risks. The satisfaction levels were really high. There was a lot of buzz considering it was a show of Chinese calligraphy. I think we really helped open a few more hearts to Chinese calligraphy.